Imagine this: you start conducting as if you were in front of a great orchestra, and music fades in out of thin air, matching your tempo and time signature. Your nuanced gestures can indicate changes in intensity, and of course affect the speed of the piece. You'd first need to learn some basic conducting patterns, like these:

You would also have to wait for me to finish this project, which uses a LEAP motion device (or your trackpad), the Web Audio API, and some signal processing to achieve a scaled back version of the idea described above.

The current prototype lets you control the tempo of a song called "Phantom" from the excellent Parov Stelar. You can do this by making simple conducting patterns, similar to the 2/4 pattern above. In practice, you can use any pattern in which your hand oscillates between two points in space to play with this prototype. You can even use your mouse instead of a LEAP motion device. Just click in to enable pointer lock. This will ensure that your mouse will always be focused inside your browser.

I built a visualizer which is an 8-bit inspired frequency graph which also shows directional changes as pulsating red dots, and clusters which flash to the beat. 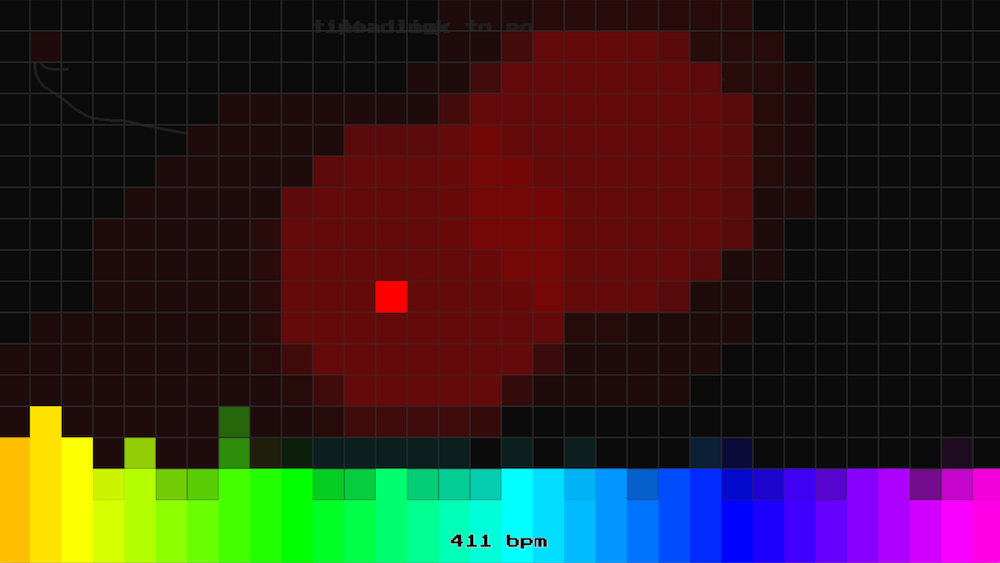 If you'd like to try it live, the demo lives here.

With a LEAP device plugged in, the prototype maps the palm's 3D center to 2D. It works just as well with just a trackpad or mouse attached to your computer, which directly outputs 2D coordinates. The input handling algorithm then uses the resulting (x, y) pairs to do roughly the following: 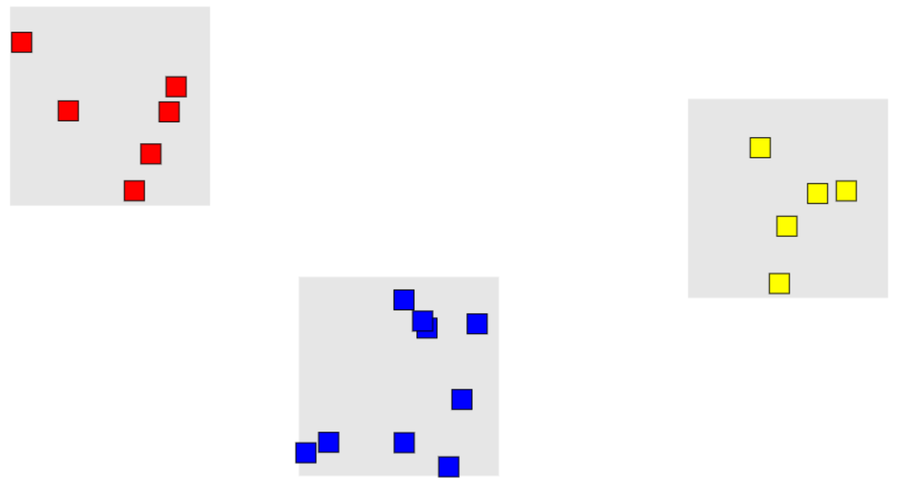 Once we have an idea of what pattern the user is creating with their hands, we need to match up the song to the pattern, and continuously adapt the song's playback rate to the user's motions.

The Web Audio API makes it dead simple to change the playback rate of an audio buffer for a source node'ss entire duration. However, things get a bit trickier if this rate changes continuously over time. Chris Wilson describes a scheduling technique which addresses this exact problem in his "Tale of Two Clocks" HTML5Rocks article. You can also see a simple version of it inaction in his metronome demo.

I used this idea to do a bit of granular synthesis on an audio buffer. I schedule a bit of the buffer into the future, at the current tempo. As the tempo changes, new bits of the buffer are scheduled at a different playbackRate. I keep track of how far into the buffer we've gone and use that as the grainOffset. Here's some code that illustrates this (but see the variable rate music player for the full code):

In practice, I'm unfortunately hitting some rounding errors, so the grains aren't stitched together as seamlessly as I wanted. You can sometimes hear artifacts if you slow the tempo way down.

A work in progress

My initial idea was to use The Echo Nest to pick the right song (based on time signature and tempo), and then stream that song from some streaming music service. Unfortunately it's quite hard to get at PCM versions of tracks from Rdio and Spotify. That said, it can be done with Soundcloud. Long story short, the prototype currently only supports one song.

Lastly, LEAP's palm tracking is still quite noisy (even after drastic improvements to palm tracking as of SDK 0.7.7). Also, the bay windows in my living room lets in tons of infrared light which often puts the device into a low fidelity tracking mode.

As always, let me know what you think, and of course, feel free to fork and evolve on github.