The Fiddler is a Good Woman 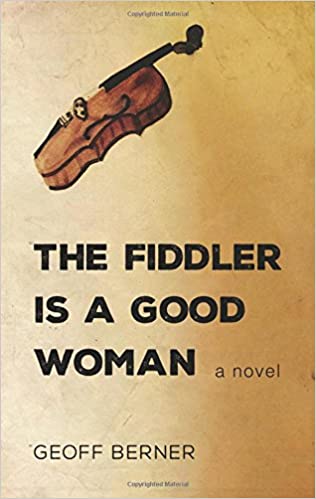 I think it was A that originally turned me on to Geoff Berner’s existence. At the very least, he gave me the book (thanks!) Berner exists at the tenuous intersection of musician, comedian, and apparently author! I went to a klezmer show in Seattle for which he was one of the openers, and can vouch for him as a pretty good accordionist, and a pretty funny guy (although I still can’t quite tell if he’s serious about his politics). After reading, I can also confirm that Geoff Berner is a pretty good author.

This book is unlike anything I’ve ever read. It reminds me of looking at a subject through a kaleidoscope, or through a series of funhouse mirrors, or maybe that parable about the blind men and the elephant. Except with less arguing.

At its core, this book paints a portrait of a complex protagonist, so-called “DD” from Berner’s bohemian musician crew. He does an excellent job of convincingly channeling his various friends and acquaintances in his quest. Are these people real? I don’t know, but I’ve venture to guess heavily based on existing people and not conjured from thin air. Anyway, the way Berner writes them in is done convincingly, giving each one of them a distinct style and a manner of speaking. Sometimes these characters speak directly at him as if in an interview setting, other times they take turns to paint a vignette.

In some ways, I was reminded of Foobar, the Canadian Cult Classic film. Maybe because many of the characters are in some undeniable sense lowlifes, but in another, profoundly vulnerable and human.