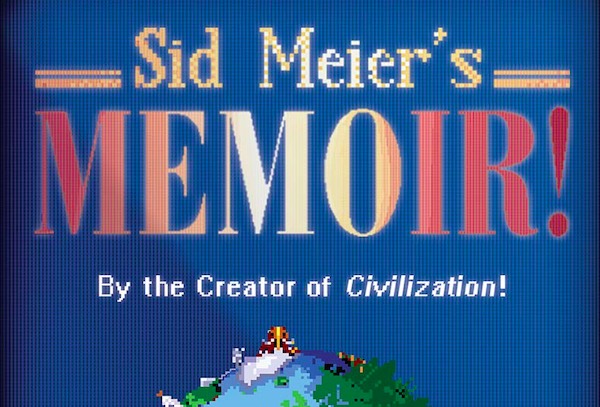 MJ recommended I pick up this book. I regret nothing.

This was a fun look into game development history, narrated by a venerable insider. I remember spending days with AK and MN playing Civ 1 in the mid-90s, and have played every game in the series since.

Billed as a memoir, this book focuses on anecdotes about the games and the game industry, with Sid Meier's personal life taking the backseat. I especially enjoyed the Nuclear Gandhi story. It's such a colorful intersection of a funny premise, computer science, and a hoax.

Sid Meier's taste for non-violent educational simulators is especially compelling, and reading about these games made me really miss them. As a kid, I think Civ sparked my interest in history and war and complex systems. But I was mainly just having a lot of fun! These days playing even one game of Civ is a heavy lift, but maybe it's worth giving Civ Revolutions a look?

What I loved most about this book was how excited I became about building games again. The intersection of games and education is extremely tricky to pull off, and I would argue that edutainment as a genre has largely failed. The holy grail is to build something that plays like a game, but whets your appetite about something insightful. This is in some sense the opposite of what explorable explanations do, which are often more interactive visualizations than games.

One thing the book lacked was specific learnings and insights into game development. The chapter on the failed dinosaur game came closest, but I would have loved a whole book on this. Here are some final notes:

Follow your interests: Sid Meier's games have been driven by his personal interests, at least in retrospect.

People hate randomness: To placate people's busted sense of randomness and overdeveloped sense of fairness, Civ Revolutions had to implement some interesting decisions: any 3:1 battle in favor of human became a guaranteed win. Too many randomly bad outcomes in a row were mitigated.

Feedback is fact: If a player is frustrated, this is a fact. It's not just their opinion! If a game is not fun, this is a fact the developer needs to contend with.

Interesting decisions: Many of Meier's games rely heavily on decision making. The decisions must be interesting. 'I wonder what would happen next time, if I did it differently?'