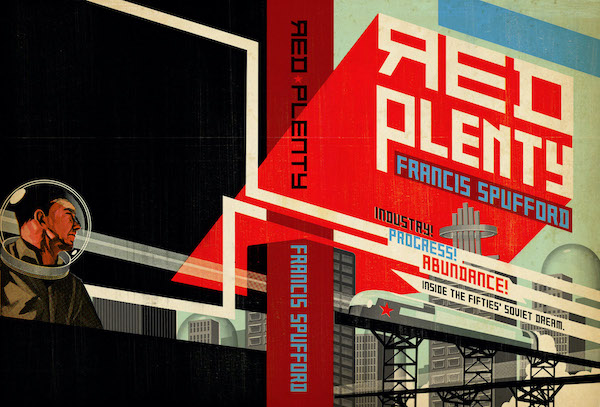 Red Plenty is written as a series of vignettes that together do a remarkably good job of painting a picture of soviet life. It finds a comfortable spot between fiction and non-fiction. If someone ever asks me for a book on what life was like in the Soviet Union, I’d recommend this.

For me personally, it tied together a lot of personalities and events I was previously familiar with, having been raised in a Russian family. But many aspects crystallized in a more objective, less personal way. It was nice to feel certain stories and personalities fall into place, and fascinating to hear about some of the same events and people in English.

Spufford takes liberties for sure, often putting real people into semi-imagined situations. But this is done explicitly and honestly. He doesn’t quite tie everything together into a coherent arc. Instead, multiple sub-stories can be seen: Galich’s transformation from bon-vivant and darling of the state to a dissident, Khrushev’s rise from obscurity, and disillusioned retirement, a biologist’s battle with Lysenkoism, a mathematical economist’s attempt to reform central planning.

The author’s conception of the whole project of communism is that it itself is a sort of fable, heavily inspired by Russian fables. Stories about the self-setting tablecloth (скатерть самобранка), flying carpets (ковер самоет), beyond the 39th land (тридевять земелья). He could have included any number of such fables, and to be fair, this is true of any techno-utopian perspective.

The format lends itself well to showing Russia from many lenses, letting the reader triangulate into the bigger picture. What is the role of connections in a world where money isn’t generally effective? Spufford shows how, to climb the ranks of an organization, one had to grovel and pander to communist ideologues despite deepest feelings. He shows cynicism, corruption, and violence that permeated life. He shows how stuck many people felt within it, especially women.

Despite my familiarity with the general outlines of many pieces of this book, I learned some completely new stuff:

I’ve been listening to Галич lately…