Radical Markets by Posner and Weyl

The book Radical Markets is centered on one central premise: **Competitive, free markets are awesome, but most in reality are either not perfectly competitive, or insufficiently free**.

Overall, the book covers a lot of ground, proposing solutions to many of modernity's major questions, from immigration to monopolies to property rights. I found the tone to be overly enthusiastic, and annoyingly focused on the word "radical". Although the authors try to provide nuance sometimes, for example emphasizing that they would like to see their ideas applied gradually and after small scale testing, it still reads more like a manifesto or a series of pamphlets than like a coherent book.

That said, I found that the "everything is a market" lens to be pretty interesting. I disagree with most of the specific implementations that the authors suggest, partly because they are so specific, partly because they are so extreme. At the same time, I appreciate that they propose specific policy rather than general platitudes. We live in interesting times, and the Overton window is wider today than ever in my lifetime. It is a good time to try to unbundle the author's ideas and find the worthy nuggets.

Auctions for everything, ever

By the mid 20th century, Henry George was "by far the most famous American economic writer", having written Progress and Poverty (1879), which sold millions of copies worldwide, probably more than any other American book before that time. The central idea of Georgism is:

while people should own the value they produce themselves, economic value derived from land (often including natural resources and natural opportunities) should belong equally to all members of society.

The authors take some Georgist ideas and try to apply them with the goal of reducing inequality. For example, they claim that real estate is not a competitive market. A particular property may be unique, and thus a sort of micro-monopoly, despite other supply being available. The authors often cite holdouts as common roadblocks for developing large infrastructural projects. While the government could use its power of eminent domain, a private venture to build a high speed rail line from Seattle to Vancouver would be impossible.

The authors propose a wealth tax on all property, in a form of Vickrey auctions:

Every citizen and especially corporation would self-assess the value of assets they possess, pay a roughly 7% tax on these values and be required to sell the assets to anyone willing to purchase them at this self-assessed price.

While this is pareto optimal, the obvious objection in practice is that it may be rather annoying for residents of North Seattle to suddenly be bought up by Jeff Bezos for his new private spaceport. I think I'd rather see a world in which the government is more empowered to take on large public works, and more agressively uses its power of eminent domain for the common good. 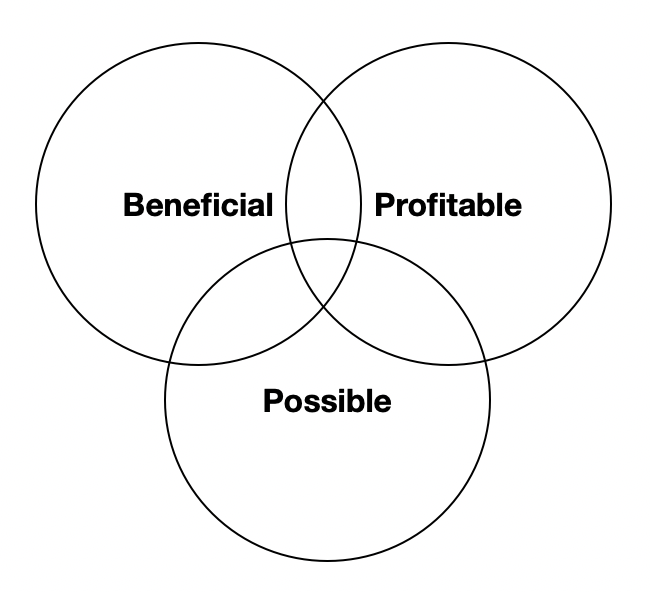 A market for voting

What if we treated voting like a market too? Imagine saving up your votes for an issue you really care about. Why is it that we are so attached to the idea of one person, one vote?

The authors criticize Likert scales for producing results that tend towards extremes. This is interesting to me, since a lot of political surveys use likert scales, as do many HCI studies. I'm a bit confused about this claim, since there is evidence that likert responders have a central tendency.

Here again, the authors take multiple ideas and bundle them together into a large package. They introduce Quadratic Voting, a collective decision making procedure where participants can indicate how strongly they feel about an issue. Logistically, you are given a number of credits that you can allocate to a set of issues. You can allocate multiple credits per issue if you care more about it, but votes = sqrt(credits). The authors found that this leads to a more realistic breakdown of people's preferences, following what we'd expect: a normal distribution.

The idea that you have a finite number of credits to allocate to some set of issues entails trade-offs. To me this artificial scarcity is the main appeal of the QV idea, since it mirrors finite resources of the real world. However, the author's insistence that the dropoff should specifically quadratic seemed a bit odd. Why not exponential? Why not a power other than two? Maybe this is discussed in more technical detail in another paper.

I'd love to see some sort of bounded credit allocation scheme used in more surveys. Partly because this gives people a chance to do an initial allocation, then think more about trade-offs. This reflects reality in a way to unbounded surveys do not. The down side is that it's also a lot more annoying to do.

Everybody gets an immigrant

Large volumes of migration between countries is a relatively recent phenomenon. That's because:

In light of this increased movement, and the controversy that immigration has caused in recent years, the authors propose a truly insane idea. What if citizens could sponsor migrants from other countries in the same way that they can sponsor family members? The authors flesh out what this might look like, and even their own description paints an extremely precarious picture. Sponsor and invitee would be matched through some kind of agency and meet over a series of video chats. The sponsor would then be on the hook for finding housing, a job, and guaranteeing the good behavior of their guest. In exchange, the sponsor benefits from partaking in cultural exchange, and potential profit by capitalizing on the guest's low salary. If the guest misbehaves, they are expelled back to their home country, and their sponsor is reprimanded.

At the end of the discussion, the authors estimate that 1/3 of all Americans would sponsor an immigrant through this program, based on the insane assumption that every working age adult would want to participate. This is hilariously optimistic. Just because something works for the Au Pair program which is very small scale, specific, and in which the guest lives and works in your own home, does not mean it will scale to full generality.

Break up all the corporations

Institutional investors like Vanguard and Blackrock have huge capital and can invest in a whole sector, reducing competition within it. Specifically, authors cite examples of multiple airlines serving the same route with funding from the same investors causing inflated prices because of cartel-like behaviors.

The authors suggest to only allow institutional investors to invest in one corporation per industry. but it's kind of unclear as to how to enforce this. Defining which form is in which industry can be a real challenge. What is a tech company even, and is "tech" a meaningful industry, or is Google just an ads company?

I'm sympathetic to one idea that the authors write about, echoing Senator Warren's recent demands for more government control over startups being acuired by tech giants. These acquisitions lead to a concentration of power in large companies, and ultimatley a tendency towards monopoly. The social empire that is concentrated in Facebook/WhatsApp/Instagram just gives too much data to one corporation. In addition to providing consumers less choice, especially if the acquired company's product is sunset, these acquisitions reduce competitive pressure on the behemoth.

Release the chains of data serfdom

Advances in modern AI require mounds of human-created data. ML engineers at tech companies transform this data into really impressive machine learning models. A handful of research scientists develop new ML techniques. Only the engineers and scientists get paid in the process.

In the chapter/pamphlet, the authors, citing Jaron Lanier heavily, argue that the people that provide data should be adequately compensated. Traditional statistics would argue that each data point has only a small marginal value. For any given problem (eg. Face identification), each new labeled face provides diminishing returns. The authors compellingly argue that many new ML problems can be trained with the same labeled data, which makes the data itself more valuable.

This is a pretty good argument, but the main challenge here seems to be logistical: how do you decide how much to pay people for their data, and how do you actually pay them? One problem with the idea of paying for all "data work" is that a lot of user data is organically collected by people using a product, not explicitly for the demands of a specific Machine Learning problem. If users were to be asked for explicit data, that would be off-putting. As mentioned in the book, having a paid contract emphasizes the idea that what you were already doing for fun is actually work that deserves renumeration.

One thing skimped in the book is that it really depends on what the actual data is. Google Translate is trained on human translations, which require substantial translation skill by professional translators, who are very likely underpaid today. It would make perfect sense for translators to receive commission from tech companies for using their output to train translation models. In contrast, face identification is trained on photographs of faces with labels around the face, which anyone with a pulse can produce.

As an aside: I found the constant analogy between "women’s work", slavery and serfdom to “data work” to be annoying and misleading. The authors love to brandish loud colloquialisms like "techno feudalism" and "siren servers". I wish they would stop! Unlike feudalism, Facebook is not a mandatory, all encompassing system that controls your work and life. Unlike slavery, data work does not capitalize at the expense of a specific identity group. Unlike "siren servers", the lure of social networks can be resisted.