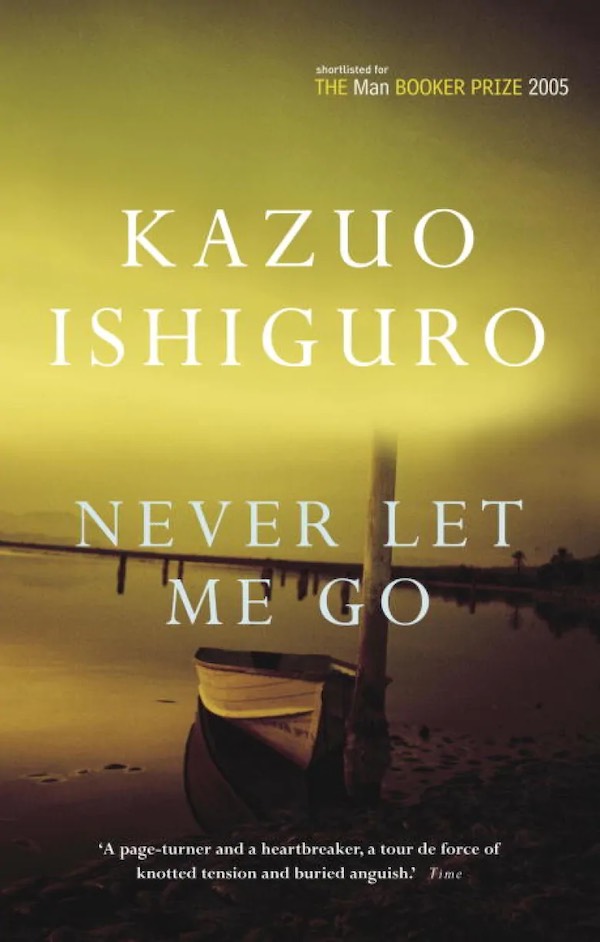 I really liked it. Author does a great job conveying little nuances of relationships. I feel similarly about past life and previous relationships that could have gone so differently.

At any rate it’s great writing and vivid character development. The love triangle is extremely strong. But the world building is pretty weak. How can the world of the "students" and the world of the rest of the population be so hermetic? They have full freedom to go anywhere, yet there is no interaction. On this topic, I find myself actively suspending disbelief.

As a teacher, I guess there are three possible scenarios:

I kept waiting for Tommy to attempt to change the system during his fourth donation. Ishiguro does some nice false foreshadowing, and when Tommy caves without a fight, the effect is one of resignation.

Systemic change is hard to achieve.

Everyone is born into some station and feels like they must do what it is they are born to do, rarely questioning or acting on their impulses. Tommy's river analogy comes to mind. People drift down this river of least resistance without much agency. If you were born as a student-clone, what would you do? Very likely, live the life allotted to you, in the best case that of a Hailsham student.

We are in Hailsham

The fact that the students can't have children of their own is the tragic part of this whole piece. In their lives, as in ours, death is guaranteed. In theirs, it becomes inevitable after the fourth donation, in ours after age 80 or 90. But the finality of death without children is such that all is lost. This is not really a well-developed theme in the book, more of a background take. Kathy makes it explicitly through the song.

I thought that Kazuo Ishiguro invented "Never Let Me Go" the song, and but it turns out that the song is real, the cover is real, and Judy Bridgewater is real. Honestly, this is disappointing. Previously, I wrote:

Nice use of the invented song, and vividly described. It serves as a really touching tearjerker.

I found the ending to be a little bit drawn out. For example I thought that the book would end at the scene where Tommy and Kathy go and talk to Madame. A lot of the stuff after that was a little bit less clear and might have just been possible to cut.