The neurochemistry of music

I picked up “The Mozart Effect” on a whim, at Powell’s in Portland, hoping that it would provide some insights (via well conducted scientific studies) of how music affects the mind and the body. Unfortunately what I found was a bunch of woo woo with very little substantiation in the scientific realm. In some of the first words of the book, the author claims that he made a blood clot in his brain disappear by humming, praying, and envisioning a vibrating hand on the right side of his skull. The book has already been [widely discredited][mozart-bs](http://skepdic.com/mozart.html), but I remain fascinated by the effects of music. I read somewhere that music is possibly the strongest non-chemical intervention for people, with the possible exception of exercise.

I stumbled on Daniel Levitin, author of a book called ["This is Your Brain on Music"][brain-music](https://www.amazon.ca/This-Your-Brain-Music-Obsession/dp/0452288525), through a podcast. Burned by The Mozart Effect, I thought that a less popular, more academic survey might be a quicker way to ramp up, and found this paper on his blog, published in Trends in Cognitive Science. The paper is a bit challenging for me, being mostly ignorant about neurophysiology and neurochemistry, but is well written, and includes helpful glossaries and appendices.

Right off the bat, the authors provide an interesting summary of limitations in previous music-neuroscience studies:

The paper also briefly covers some claims related to the Mozart Effect and admonishes it for lack of control group. Maybe music has a positive effect because it brings pleasure, and so anything that brings pleasure will have the same "Mozart Effect"? Rather than doing nothing, group B should be doing something equally pleasant. 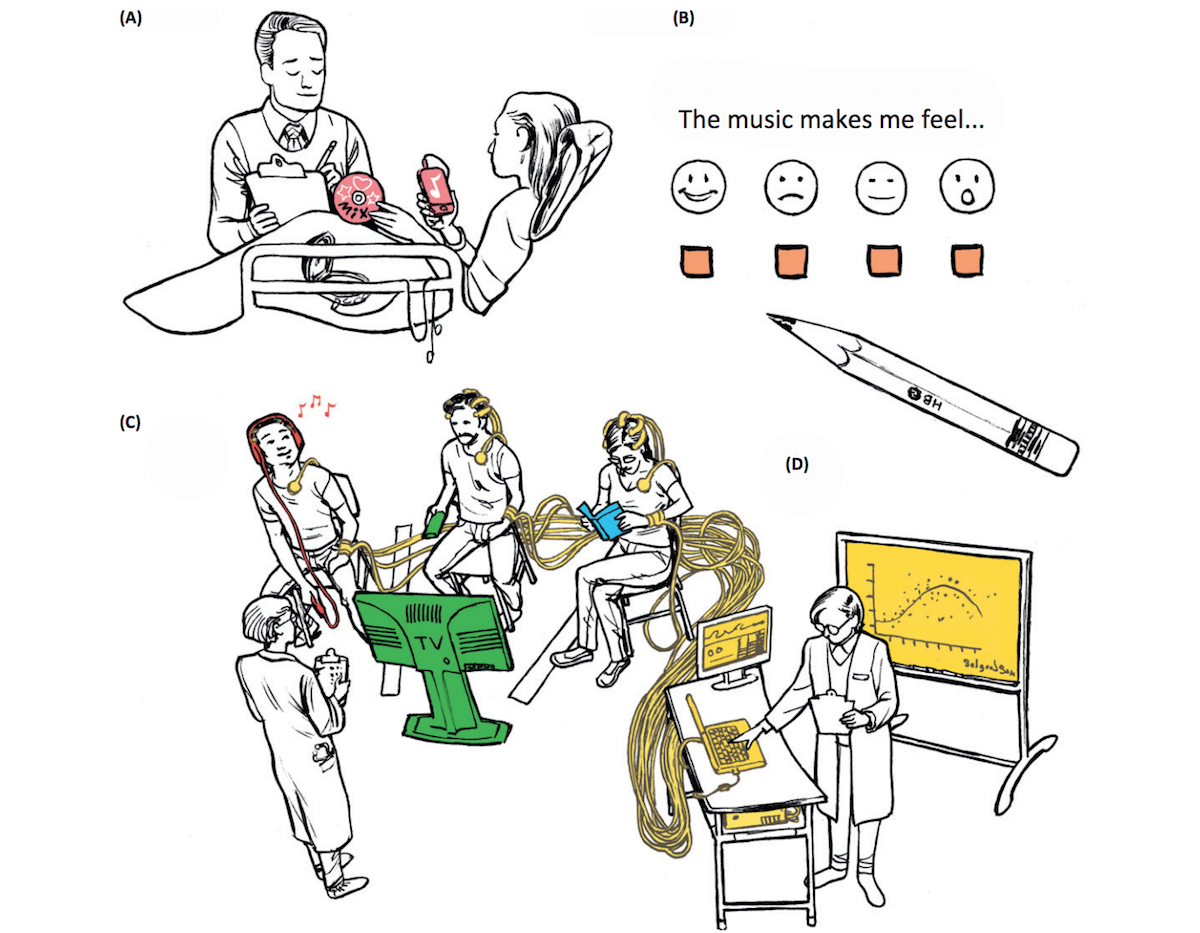 Nice survey of studies and their findings about whether the musical intervention increased hormone secretion. This is where a better understanding of neurochemical systems would help.

Is there a more complete list of domains mapping to chemical systems?

One more fascinating tidbit to be explored further: the authors casually drop this gem: “this follows given that brainstem neurons tend to fire synchronously with tempo”. This entrainment is described more in this paper.

Now that I think of it, the brainstem is probably the most interesting part of the brain in terms of neurological control. According to Wikipedia,

The brainstem also plays an important role in the regulation of cardiac and respiratory function. It also regulates the central nervous system, and is pivotal in maintaining consciousness and regulating the sleep cycle. The brainstem has many basic functions including heart rate, breathing, sleeping, and eating.