Emotional Life of the Toddler 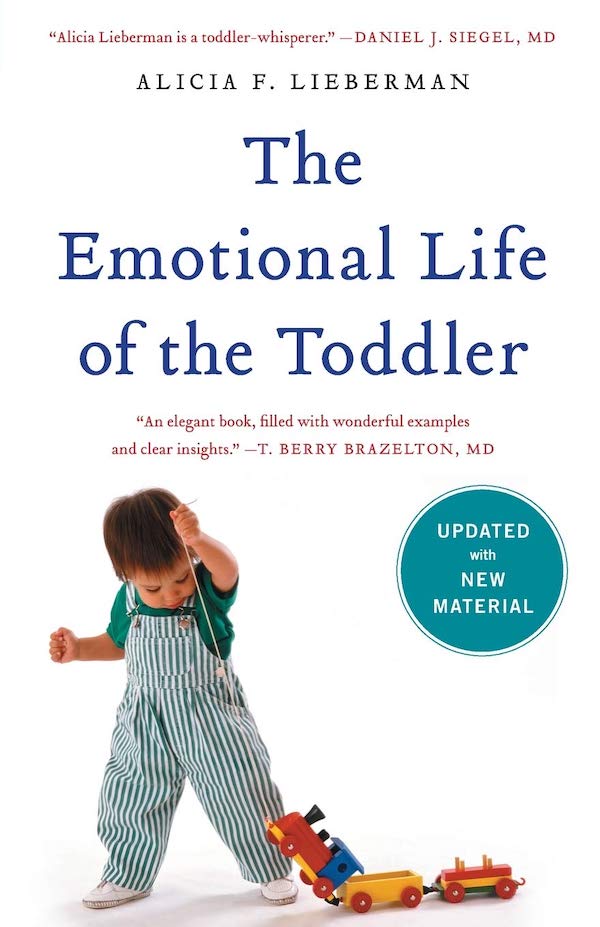 "Every generation Western Civilization is invaded by barbarians. We call them children." — Hannah Arendt

Alicia F. Lieberman begins with a milder version of the same sentiment:

In the raising of every toddler, society recapitulates its own development. When a child is caught between the impulse to strike out and the fear of its consequences, conscience begins to be formed and civilization begins.

Mom speaks very highly of a classic Russian book called От Двух до Пяти (from Two to Five) which is a sort of proto-listicle of funny things small children say. It's fun, but I feel that as a parent I get a lot of these gems delivered to me on a daily basis from my own children.

Anyway, the author cites this exact book on toddler creativity. Struck me as a relatively rare of example of US-Russian citation.

Many vignettes are dispersed throughout this book too, some instructive and very relatable scenes. For example of Sonia, a 2.5 year old who sings loudly at the dinner table, diverting attention from the adult guest conversation.

Other stories are more creative and thought provoking, or just plain funny:

Damian is sitting at a table in his day care center, slowly moving his jaws and mouth while staring into space. "What are you chewing, Damian?" asks his caregiver. "I'm chewing Mommy," replies Damian dreamily.'

Somehow the author can contain her laughter and respond seriously and eloquently:

Damien's answer tells us with haikulike conciseness about a major aspect of the toddler's child care experience: missing the parent, yet holding on to her through a combination of memory, hope, and imagination. By chewing on his mother's image, Damian is carrying her in the most reliable place of all-inside himself.

When words are not enough:

Putting things into words has an inherent alienating effect because the part of the experience that remains unnamed is cut off and fragmented from the portion that is given official existence through language... When a precious toy is broken, words such as "sad" or "disappointed" cannoy possibly capture the enormity of the child's loss...

Coaxing children to express their feelings in words before they are ready alienates them from access to the unspeakable realms of experience and teaches them wrongly that talking is equivalent to feeling.

Throughout the life cycle the age-specific sources of anxiety have to do with life tasks we understand only imperfectly and have many fantasies about. For junior toddlers, this may center on movement and toilet training; for senior toddlers and 3- and 4-year-olds, on the differences between boys and girls and how babies are made; for young adults, on the secrets of love; for very old people, on the mysteries of death and the world beyond. We tend to be afraid of what we do not know, and toddlers are no exception.”

On play as simulation

Erik Erikson proposed the theory that play is the childhood version of a lifelong human propensity: setting up model situations to experiment with different ways of controlling reality. While playing, the toddler relives past events and in this process alleviates lingering anxiety and fear over what happened by “playing it out," just as adults derive emotional relief by “talking it out."

On toddlers vs. teenagers (I am afeared):

Not until adolescence will parents face as many dilemmas in rais ing their children as they do in the toddler years. In fact, the second and third years of life are excellent practice for the challenges posed by a teenager. Toddlerhood resembles adolescence because of the ra pidity of physical growth and because of the impulse to break loose of parental boundaries. At both ages, the struggle for independence exists hand in hand with the often hidden wish to be contained and protected while striving to move forward in the world.

Interesting take on parental discord: sometimes it's okay to resolve mild disagreements in front of a toddler. This demonstrates how adults resolve conflict. Doing this may be better than trying to hide animosity and build up an atmosphere of tension.

Great passage on guilt. Scenario with Cynthia not wanting to stay with a babysitter. She is precocious and tells her mom things like “I will miss you too much” and “why are you going without me?” Her mom feels bad, alternating between reassurance that it’ll be fine and admonishment that the child should stop whining.

The remedy? A less accepting response. Assert with confidence that it’s gonna be ok.

Won’t Cynthia fee guilty if she is told that her mother doesn’t arove of her behavior? If she does her ability to feel guilty at 40 months will actually speak well for her emotional development. As they grow children like adults need to experience remorse when they do something that is not acceptable to others. Guilt is a useful emotion when felt in response to specific damaging behavior. It is unhealthy only when it is pervasive, as in the Case of children who constantly worry they’re doing something wrong.

The formula of this book is to take ordinary moments in child rearing, buttress them with funny and creative anecdotes, and then deliver profound truths about human existence.

This is not a "how to" guide, or a collection of weird tricks to raise your children. It's so far the best written child rearing book I've encountered.